By Amy Glass September 19, 2014
I have been compensated in the form of a gift card/money/coupon and/or received the product/service at a reduced price or for free. All opinions expressed are mine and honest in nature.

Well, can you believe that I am trying out a nut bag to make my own almond milk? (I'll pause a moment so that you can let the shock wear off!) I can honestly say that never in my life did I intend on making my own almond milk. But as you know, we are making some changes to our diet.

So I decided I would give it a try.  And with the Ecosak I also received some recipes which really helped since I wasn't really sure what I was supposed to do. 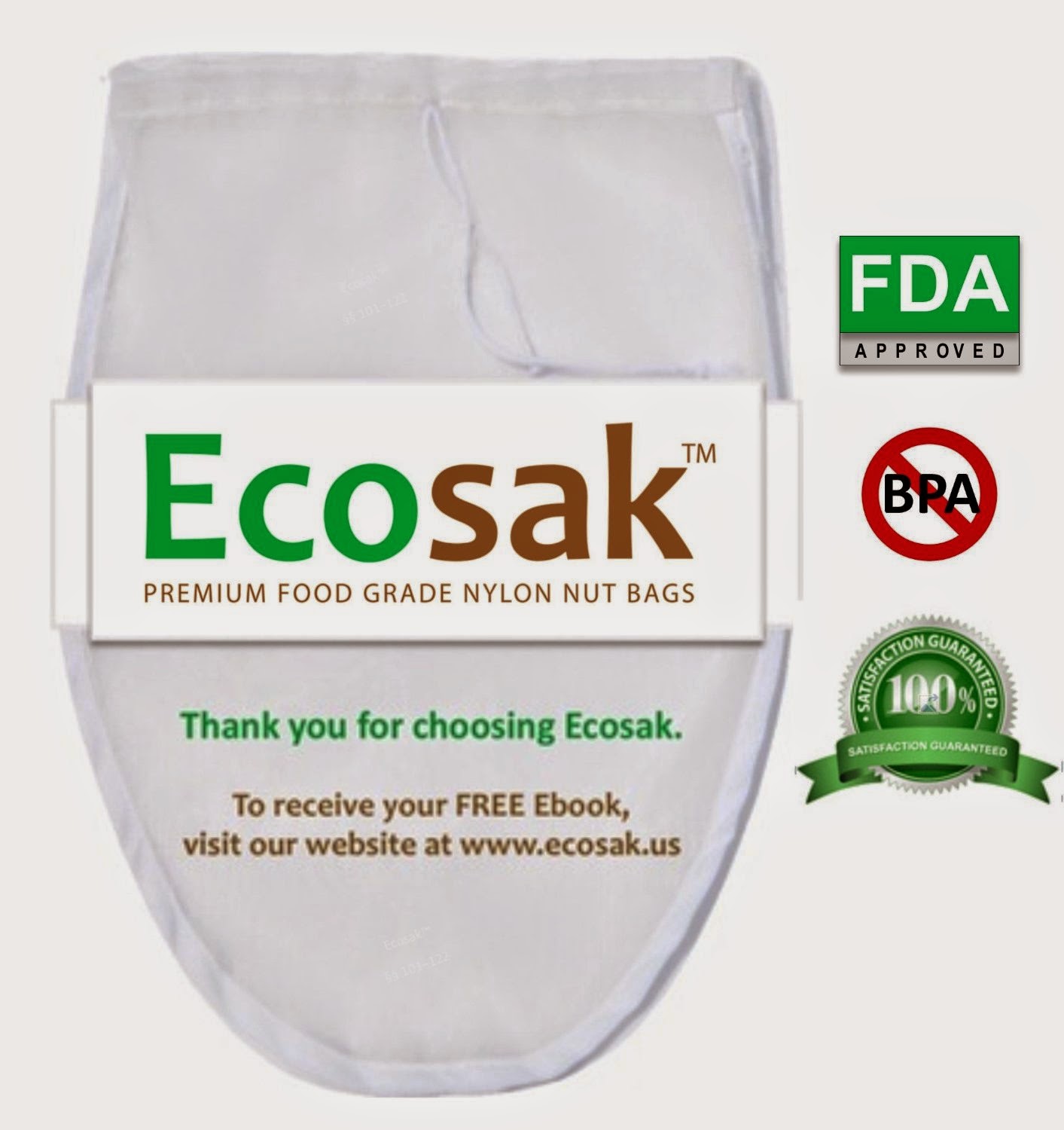 I asked Lil Man if he wanted to help me, and he was more than thrilled. Apparently making almond milk was an exciting and fun thing for him. 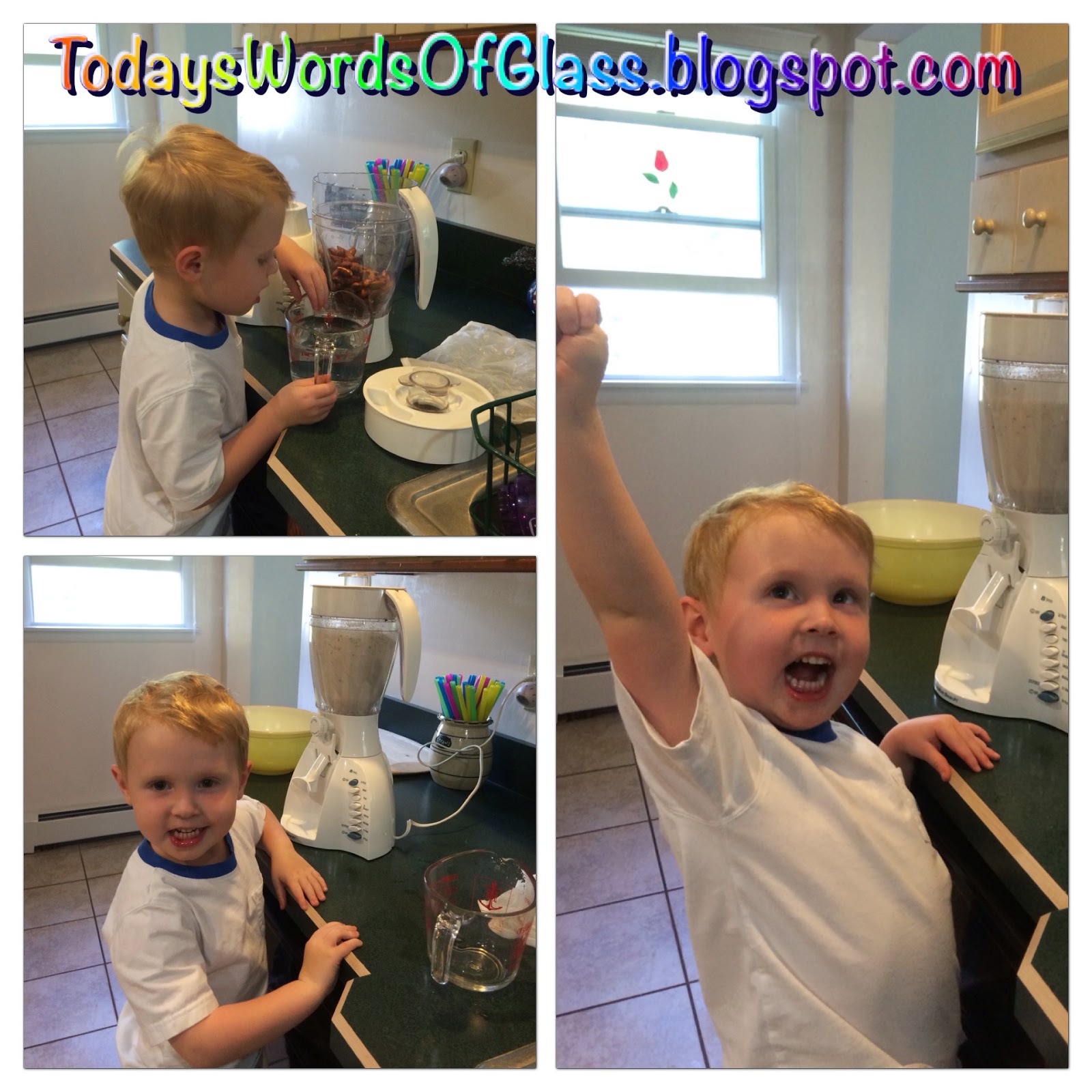 First things first was to wash the Ecosak (easy to do) and soak the nuts. Yep, I put some raw almonds in a bowl, covered them with water and let them soak 6-8 hours or so. After they had been soaked, I simply drained the almonds, added them to the blender, added about 2 cups of water, a half teaspoon of vanilla, and Lil Man pulverized the almond mixture in the blender.

Then we poured that mixture through the Ecosak. I assumed it would be really really messy. But I was wrong. It was super easy to use. Lil Man helped me press the liquid out of our nut mixture. It wasn't hard to do at all. 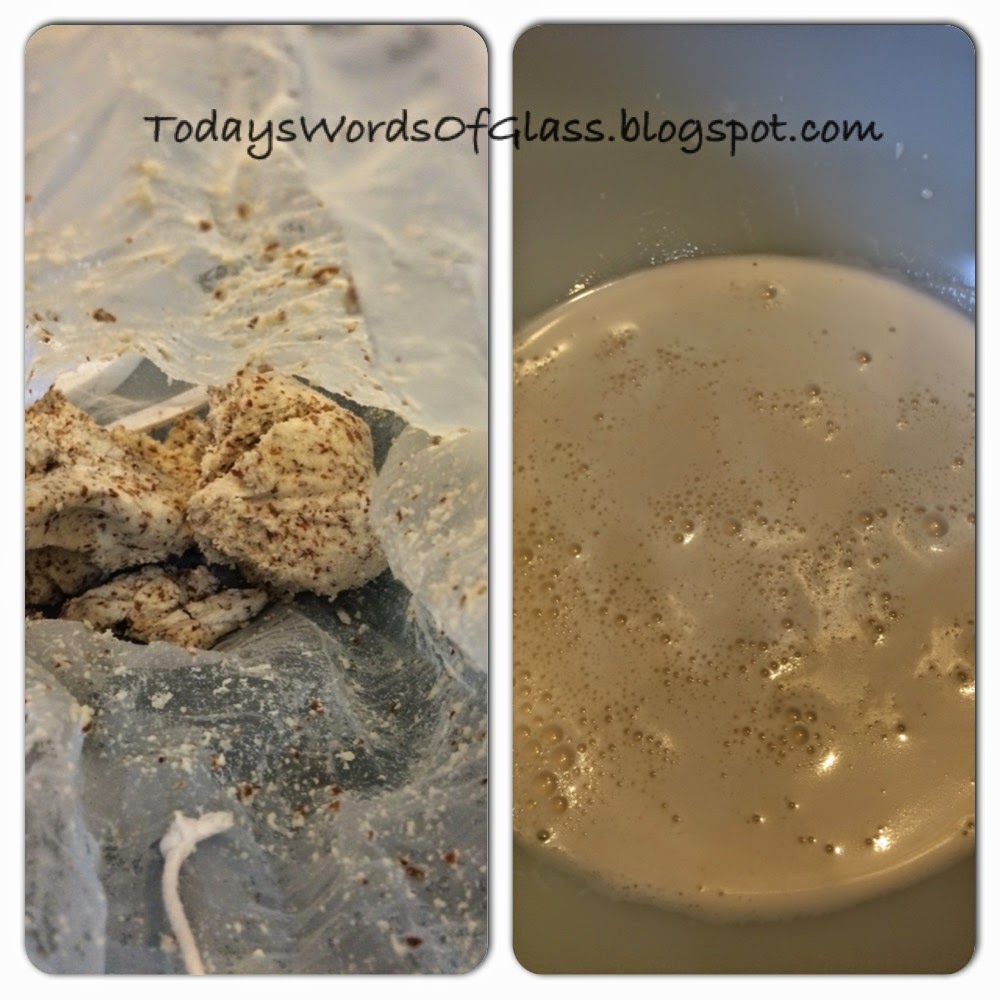 I also thought the clean up would be difficult. I mean we just squeezed milk out of a nut bag. But honestly, I turned the bag wrong side out and and rinsed it out (added a little detergent), but yeah pretty much use, rinse and hang it up to dry.

I had just assumed that making my own nut milk would be time consuming, messy, and require lots of clean up. But the Ecosak was super easy to use. The entire process took minutes.

As for the result? Well, Lil Man wasn't impressed with the taste. Hubby wasn't either. So I might have to tweak the recipe (the possibilities are endless - and several different types of nuts can be used to make various nut milks). I personally thought the taste was decent. I've never had nut milk - so this was my first experience.

Today was the true test for me. I had cheerios with almond milk instead of my cows milk. And well, I thought it was pretty good.

Will I make almond milk again? I sure will. I like how I am making something that isn't processed. I'm using all natural ingredients. And the Ecosak made the entire process very easy.

If you make your own nut milk, I encourage you to give Ecosak a try. And if you are newbie like me, I also encourage you to try it. It really was super easy. And I have to admit, like Lil Man, it was fun to do.

I received one or more of the products mentioned above for free using Tomoson.com. Regardless, I only recommend products or services I use personally and believe will be good for my readers.

Please give me a vote by clicking the banner below.