How To Survive Hand Foot and Mouth Disease As An Adult

By Amy Glass July 23, 2014
I think I'm going to put this down as a milestone on Facebook. You know right after "got engaged", "got married", "had a baby", "contracted Hand Foot and Mouth Disease."  Because, I have to tell you, right now, it feels like a milestone.

But somehow, Lil Man and I have contracted this horrible little illness, and I decided to share with you a few things that I have learned so far.

Your Child is Playing - You are Almost in Tears
Lil Man has had a few crying spells, and he's been grumpy from time to time. But although he has some blisters on his elbows and hands, and a rash, he has played as if he felt fine. Me on the other hand has yelped as I've picked up things. A simple cup of water almost brought tears because just a light touch to the blisters bring pain - and lots of it.

You Are Going To Hurt
You see that teeny tiny blister? Well it's going to multiply like the plague. Your once smooth knee will be covered in a cluster of blisters. But the worst is the hands and the feet. My hands feel like pins are sticking in them, and when the blisters started between the toes (yes, between the toes), well I couldn't help but yell "Seriously! Why! Why! Why!"

The Rash May Completely Cover You
On the internet, I read that 'some' may get a slight rash. When my slight rash started below the knee this morning, I didn't think much of it. Fast forward a couple of hours and I am covered head to toe in a rash that can only be described as something out of a horror movie. So don't be alarmed if you look in the mirror and see this monstrous angry rash.

Think Cold Not Hot
I have found (and was told by a friend) that heat hurts. And by experience it does. Use cool water for hand washing and bathing. Cold drinks were more soothing to my throat then hot ones. And although I haven't tried it yet, I was told that ice packs on your hands and feet will help.

Don't Shave
I don't care how many days it's been, just don't do it. The rash may look like it's just under the skin. But it wouldn't be smart to further irritate it. And besides, people are going to avoid you as if you have the plague. So no one is going to see your legs or any other body parts.

You Will Be Treated As If You Have The Plague
Well, cause you kindof sort of do. This thing can last (from what I've heard) a long time. I called the pediatrician today to find out when we could go out in public. We don't feel like it now, but when we do feel better, I didn't want to get anyone else sick. I was told once the blisters have burst, crusted over, and are flat we should be ok. Oh goodie, busted crusted blisters sounds like another awesome thing that I'm about to experience (insert eye roll). Not all blisters will burst, but some can. And if they do, that fluid could pass on the virus.

Disinfect, Disinfect, Disinfect
I've washed the sheets every day. Towels, dishtowels or anything else that I felt could hold on to germs has been washed. The bathrooms have been disinfected as well as the kitchen. I know that I need to do other common things that we've touched (such as door knobs, remote controls etc). But right now my hands just hurt too bad to clean. I'm trying my best to keep Hubby from getting it. Although it can be rare for adults to get it - hello - girl with blister hands typing this, I really don't want Hubby to get it.

Pain Management
Your body will hurt. Expect it, and be prepared to take some meds like tylenol or advil. For Lil Man and myself, our pain management of choice is Ice Cream. And we had a friend who was great enough to drop our favorite ice cream off at our door. It sure brought smiles to our faces today. 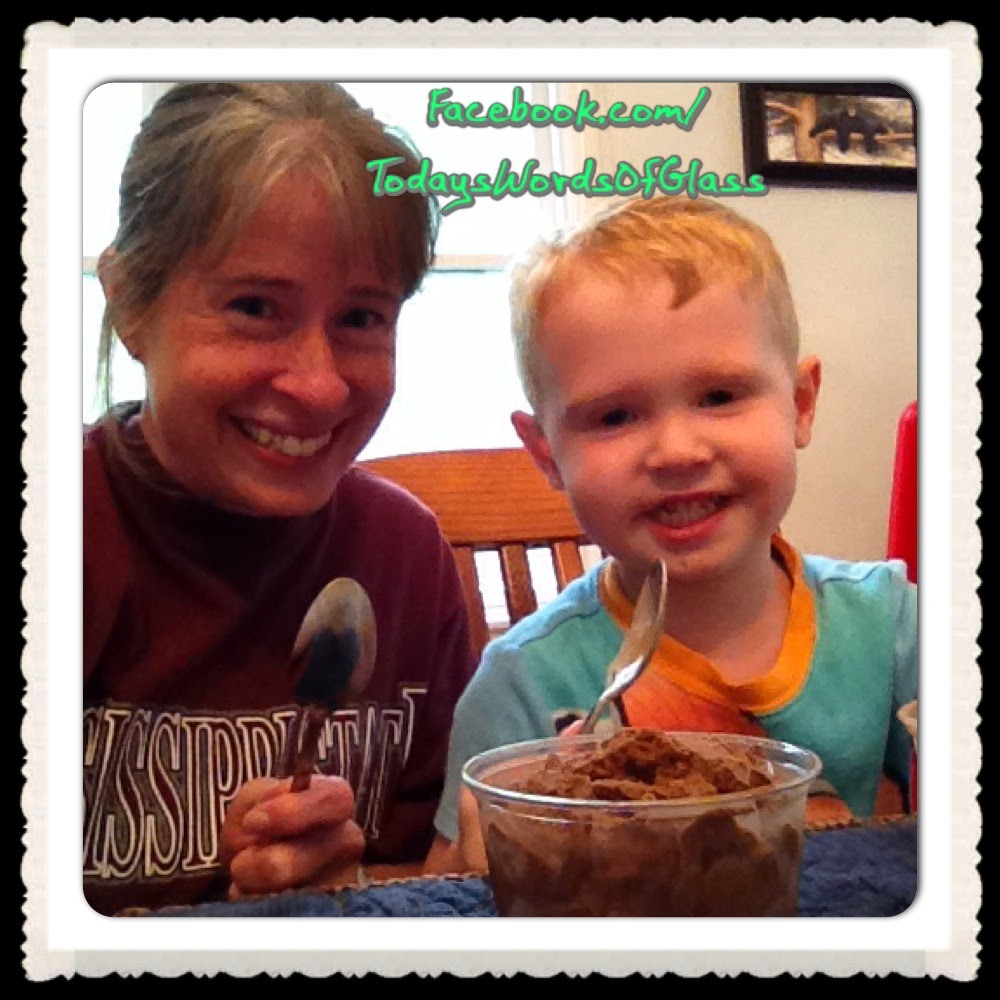 Last but not least.... I keep saying This Too Shall Pass... I don't know how long it's going to take, but surely this is going to pass.

******** update November 3, 2014 *********
My blisters lasted 8+ days before they started to dry up. A couple of weeks after the blisters left, both Lil Man and I had the skin on our fingers and toes peel off. This wasn't so much painful as totally gross. It was embarrassing going out in public with chunks of skin peeling off of your hands. It was pretty much impossible to hide. Two months after we were completely healed, I began losing my fingernails. At this time, most of my fingernails are normal, but a few still have some wear and tear from this virus. Don't let anyone fool you - this is one nasty virus!