Don't Sweat It. Feel The Breeze Of Kulcar

By Amy Glass November 14, 2013
I know with the colder temps moving in, the last thing on your mind is probably a car that's too hot. But I came across something that I wanted to share with you. It's called the Kulcar- Solar Powered Car Ventilator by Sonray. And it looks like this. 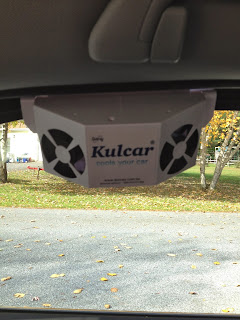 And after checking it out, I've decided it's a pretty cool invention. You simply roll your car window down, place it on the window, open the solar panel, and let the solar car cooler do its work. 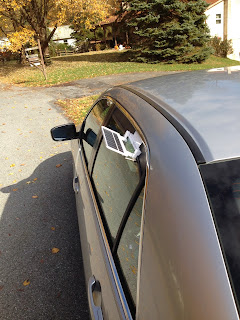 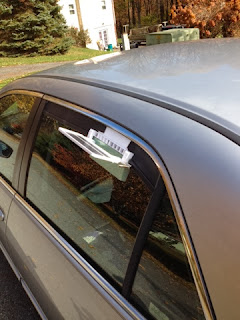 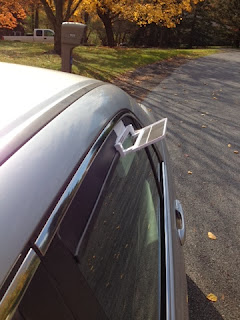 And let me tell you, the Kulcar has a powerful fan. Click here to see my video demonstration of the power of this solar-powered car cooler. Sonray's specifications for the Kulcar car cooler state that an average car would have total air replacement in 90 seconds. And I have to say that after my experience with the Kulcar solar car cooler, I totally believe this statement to be true.

So this summer as I'm going from place to place with Lil Man, I won't have to worry about us getting into an extremely hot car. I know in the past, my AC wouldn't have the car cooled down before we were at our next stop if we were running lots of errands. Now this won't be a problem.

I know it might be Winter and hot cars aren't on the top of your 'Things that I need to take care of' list. But Christmas is right around the corner, and the Kulcar - Solar Powered Car Ventilator would make a nice gift for someone.


Full Disclosure: I received a Kulcar - solar powered car ventilator for the purpose of providing a review. My opinions are completely my own based on my experience.