Not The Anniversary We Were Hoping For 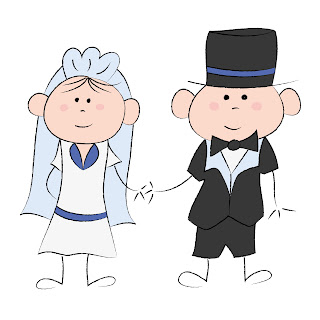 If you've been following my blog, then you know that we don't have any family around. Lil Man is 2, and we've only had 2 dates since he's been born.

Yesterday (7/7) was our 6th Year Anniversary.
Since we didn't have a sitter, we thought we'd go to a drive-in. We took him when we was younger. We had a great time last year as he watched the movie and then slept. Another time that we went last year was a disaster. But we were hoping that since he was older etc that we could make this a fun family outing, and we would at least be doing 'something' for our anniversary.

We had to get there 2 hours early to get a place to park. It was packed. Every possible spot that would fit a vehicle was occupied. But we got there, got the blanket and chairs all situated in the back of the truck. I walked and got us some snacks. And for the first hour or so it was going fairly good. But then Lil Man was becoming more demanding in what he did or did not want to do. For example, he wanted to hang/climb over the tail gate. He wanted to try to get out of the truck. He wanted to throw things out of the truck, which he did manage to do. Basically he was getting restless. I thought surely when the movie started that he'd settle down.

Boy was I wrong. Right when the movie began, he started screaming and throwing a tantrum, to the point that one of us had to get out of the truck and away from other cars so others could hear. We got lots of not so nice looks from nearby people.

He settled down. We got back to the truck and the same scenario over and over. It was past 10:00pm and we just kept hoping and thinking surely he would fall asleep. Nope. And we were stuck until the first movie was over. So we took turns walking him around the drive-in.

So our anniversary date consisted of one of us sitting alone in the back of the truck while the other one walked around with Lil Man.

But with each tantrum, I felt more and more like an inadequate parent. There were others there his age who were doing just fine. So I can't blame it on the 'age' thing that he was too young or whatever. My first thought was what am I doing wrong?

Needless to say, the night ended with us leaving as soon as the first movie was over. I pretty much cried most of the way home. (My tears were of frustration but more so of feeling at that very moment inadequate as a parent). Hubby tried to comfort me by saying that at least we tried to go out and do something.

We finally got home at 11:30pm, and I heard "Ome" (his version of home) from the backseat as we pulled into the driveway. Yep, he was still wide awake at 11:30pm. Thankfully though, bedtime was easy. We read a few books, put him to bed, and he went right to sleep.