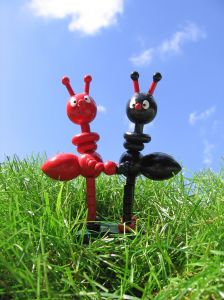 I'm jealous of those girls who have friends. You know the ones that if they won a day at the spa would have no problem choosing someone to go with them, someone to go shopping with or just do 'girly' things that my husband could care less about. I don't have that. I've been trying for months to get a play date for my son at his speech teacher's suggestion. The sad thing is that I haven't been able to make that happen. I don't have a group of girlfriends. When I moved from MS, I left my best friend behind. We talk often, but it's different.

So it's going on six years without a best friend here. I wish I could say that my husband and I spend lots of time together to fill the gaps, but that isn't the reality. He works hard to make a living for our family. We still don't have a babysitter and our son is almost 2 with no family nearby. It was over a year ago that we had one night out to go to dinner. So quality time together is lacking. And all of this, combined with an enormous lack of sleep, has left me feeling quite... you guessed it... lonely.

And we've all been sick. I thought we were well, but my now constant runny nose, and Lil Man's sneezing is implying that we still aren't 100%. So this hasn't helped as I've been home every day this week.

It's just a funk, one that I'll get out of sooner hopefully verses later. But it is discouraging sometimes that after 6 years, I still find myself longing for friends. And I can't help but wonder... is it me?